The newer cat housing units have been up and running for about 6 years, and as we expected they have not been empty since.

April 2012
Foster home number three. This has now been up and running since April 2012 by our newest member Tracy who volunteered with the charity since 2010. This foster unit is a log cabin that has been set up purely for foster cats and kittens. Originally the two pens had various shelving and ladders for the cats to run around on but with this came the cost of heavy heating bills with the cold months. 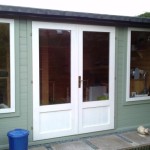 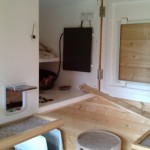 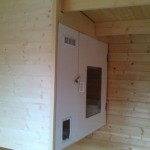 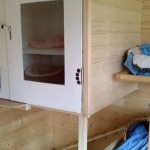 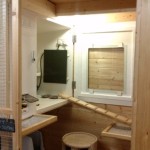 September 2013
It was then decided to revamp the pens and have housing units put in that have energy efficient heating, which should reduce the bills but obviously all of this comes at cost, which we have to recoup through kind donations and the shop. The cost of installing these was kept down as Tracy’s husband put them in as a labour of love. Since they have been in it has been easier to keep clean.

We are started an appeal to purchase a log cabin for the other foster home as the pens were starting to rot and become very damp.  We needed approx £5000 total and luckily managed it and work got underway to erect the new cabin.

We now have a total of 2 fosterers with log cabins converted and 1 fosterer with cattery style pens.